Let's put the fun back in Valentine's Day, OK? 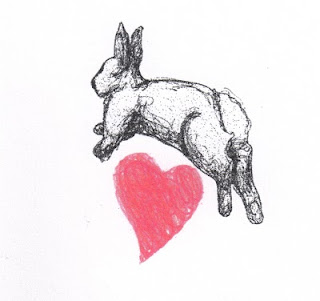 Remember exchanging playful silly Valentines in school when you were a child? I hope you weren't traumatized by this practice in some way (by being left out, for example), in which case I apologize for bringing it up. But what I remember about it was that it was fun to get all that pretend mail (and the teachers made sure everyone was treated equally by sending home a list of all the kids in your class); and I really liked the small size of the cards and the silly invitations to "Be Mine" when we all knew that none of us was exactly looking for a soul mate in third grade; and the candy hearts; and then when Dad came home he brought a heart-shaped box of chocolates, supposedly for Mom, except my siblings and I ate all the good ones and left Mom the ones we didn't like.

And that was pretty much the extent of it. It was fun and playful and sweet, and then it was over and we moved on.

Then when I got to be a teenager it started acquiring baggage: Will I get invited to the Valentine dance? (no) Will I have a boyfriend to exchange Valentines with? (no) It wasn't really fun anymore, at least that's how I remember it.

I didn't like the expectations followed by disappointment that the holiday had come to represent, not just for me, but it seemed like that was the case for a lot of people. And I especially didn't like the advertisements promoting all sorts of expensive, elaborate ways that we're supposed to show our love. Especially how men are supposed to shell out the bucks to buy expensive and sexy things for their wives and girlfriends.

So when Craig and I were dating, and later after we were married, I really played it down and said I had no expectations of the day. Which wasn't really true, of course, but Craig took me at my word, so again I was disappointed—but this time it was my fault!

So one tearful Valentine's Day (I was either pregnant with our first child, or else she was a baby—either way, hormones had something to do with it), I expressed my disappointment and we started going out on Valentine's Day. Eventually I realized that I didn't really want a candlelight dinner or jewelry or a mawkish card, I just wanted some thoughtful and cheerful acknowledgment of the day.

So we've been making each other Valentine cards for several years now, and they're generally lighthearted and humorous and clever and I've really enjoyed it. I craft something a bit unique, like a bottlecap charm or a card involving a bit of paper engineering, or whatever craft I'm into at the time. He has made me a card featuring a collage from junk mail (with all its hype and promises), or quotations about flirting (including a great one from Oscar Wilde complaining about women flirting with their husbands in public!) with images of famous flirts, as he called them (Lauren Bacall, Mae West, etc.). Last year's featured a red paper heart pasted onto a sandpaper card and said something about loving me through rough times and smooth. When I mistakenly used it recently to sand some wood, he said that was OK, he had intended it to be practical, as well!

One year, when Craig was working at Utne Reader,  I made a whole bunch of mini Valentines (about 2 inches square) with the greeting "Happy Heart Day" and had him bring them to work and distribute them to everybody. He reported back how delighted everyone was to get them. (And he said that he kept saying, "These aren't from me, they're from my wife." Especially to the women.)

So it was in that spirit that I went looking on Etsy, the forum for crafters and artists to sell their handmade things, to find items for a "treasury" of lighthearted Valentines. While I didn't find much that was as silly as I would have liked, I did find some clever, cheerful things worth showcasing. It's considered bad form (downright tacky, in fact) to feature yourself in a treasury, so my Valentines are not in that treasury, but are found on my Etsy shop, or at the Barton Handmade Arts from the Heart fair on Feb. 12, which I guess I'll have to tell you more about in a separate post.
Posted by Sharon Parker at 6:22 PM

Email ThisBlogThis!Share to TwitterShare to FacebookShare to Pinterest
Labels: valentine