From the wee to the Wowza

I do tend to follow the same route when I walk the dog a little too much, so today I decided to turn a different way, to provide her with some new smells and myself with some new views. Besides, I had learned from our letter carrier, Marianne, that there was a rather ostentatious house going up over on Edmund Avenue, and I was curious to see it for myself.

This route, as it turned out, provided a rather distinct display of contrasts, as far as houses go, so I went back later on my bike, with my camera, so that I could share it with you. 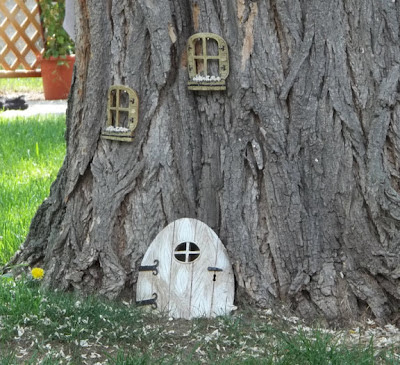 On the wee side, there was this charming little door in a tree. With windows, even. 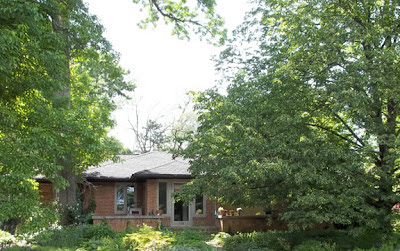 On Edmund avenue, I walked past this understated brick rambler, with its low profile and modest inclination to recede into its woodsy garden. 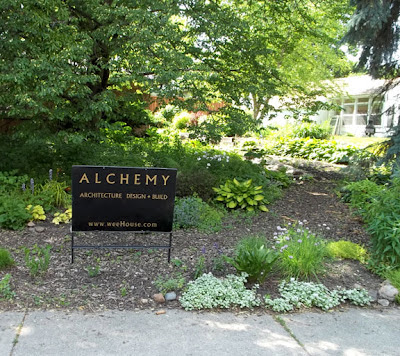 The path leading round the right side of the house looks inviting, doesn't it? Back that way, the company whose sign this is, Alchemy Architecture, is building them a deck. All the more to enjoy the natural surroundings and their neighbor's back gardens, would you say? (Interestingly, you may note that the url of this company is www.weeHouse.com.) 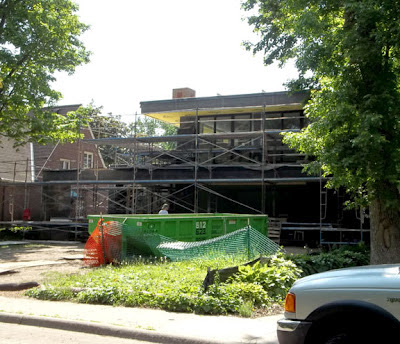 Oh, but look, just two houses down, this is going up between them and the park at the end of the block. A big and blocky house that spreads nearly to the very edge of the property line on either side, and almost all the way back to the alley, with a flat roof so as to provide even more upper floor space than the usual peaked roof you see to the left. So much for everybody else's view.