Epistle of a Bitter Neighbor 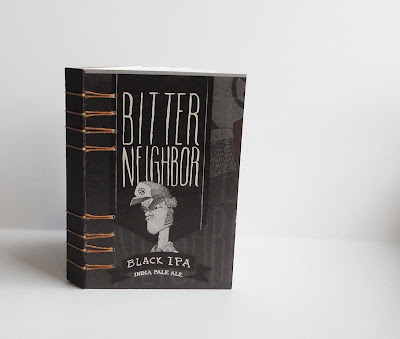 I think that every block must have its bitter neighbor, which can take the form of the charming curmudgeon, if you get along with them, or the recalcitrant grump, whom nobody gets along with. I wonder which sort the folks at Third Street Brewery were thinking of when they named their black IPA Bitter Neighbor?

I like the box so much that I persuaded my husband to give it a try. I'm sure that I sampled it too, but now I don't remember if I liked it. Liking a beer, for me, means that I'm happy to drink a half pint and then I'm done. 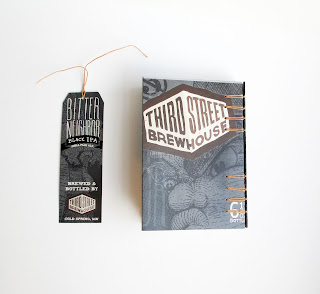 But having secured the box, I repurposed it into a journal, assembled and sewn in the secret Belgian style, my new favorite bookbinding method. Hubby suggested that I really should give this, or one like it, to the folks who bought our old house, which sits across the street from a truly bitter neighbor of the latter variety. I laughed at the reminder, but I have to admit, it often wasn't so funny living within the orbit of this man's relentless unhappiness.

As it turned out, the only thing bad about our new neighborhood was Mike. While our previous block had an active and friendly block club (men with guns will inspire that), we discovered that our new neighbors didn't want to form a block club because nobody wanted to attend a meeting where Mike was present.

His unrelenting complaints about everybody else on the block got tedious pretty fast, and soon he was directing his complaints against us. Our dog barked too much, our yard was too untidy, we neglected our dog, etc. etc. One morning, as we were madly trying to get our kids dressed, fed and out the door to catch the school bus, the dog was barking and the phone was ringing and I was ignoring both to focus on the task at hand.

When everything settled down, I checked to see if we had a voice mail message, and there was Mike not only complaining about the dog, but also assuming that we had an answering machine and caller ID (we had neither) and so were deliberately ignoring him and deliberately letting the dog bark just to annoy him. I might add that Mike did not have children, but I bet you guessed that already. 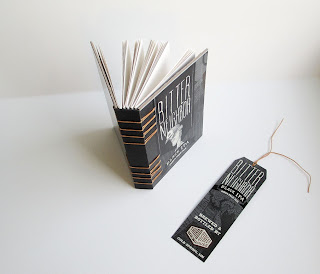 But the nadir of our encounters with Mike came early one spring, after one of those ephemeral wet snowfalls that melt within a day. I don't recall what triggered it, but he stuffed a letter into our mailbox that was one long litany of complaints, including the accusation that we were bad citizens (yes, he used that term) because we didn't shovel our sidewalk. While it was true that we had allowed this most recent snowfall to melt on its own, we had, in fact, been shoveling by hand the 300 feet of sidewalk that wrapped around our large corner lot quite promptly all winter, often before he was out with his snowblower to clear his 40-foot long stretch.

His letter went on at some length about the poor schoolchildren suffering with wet feet because of the puddles they encountered on our sidewalk on their way to school.

In fact, the entire letter was as ridiculous as that, but it caught me at a difficult moment (hormones, children, dealing with a high-maintenence dog, and so forth), that it upset me terribly and my husband made a point of burning it in the fireplace.

I later came to regret that, wishing I had set it aside until my emotions subsided and I could see it for what it really was—comically absurd. If I had it now I would publish it, perhaps with the title The Epistle of a Bitter Neighbor.

Posted by Sharon Parker at 1:53 PM