Estate Sales as Cabinets of Curiosities

I think that one of the biggest reasons I like to go to estate sales is because it's like stepping into a house-sized cabinet of curiosities, somebody's collection of a lifetime, curated room by room by someone who has done their best to arrange another person's worldly possessions in some logical way to accommodate visiting strangers, acquaintances, neighbors, and friends; the curious as well as the bargain hunter and salvager.

And even as we pick and forage like magpies through the objects laid out before us, we, the pickers, are mindful that these things tell a story about someone's life of which we are only privy to disjointed bits and pieces, with no one to weave the narrative thread for us.

So we speculate and wonder, and sometimes converse with each other about the objects and the people they once belonged to.

I'm often fascinated by the interests revealed by the books and magazines someone leaves behind. I remember one house with a preponderance of books on Catholic theology, philosophy, and mythology, along with dozens of paperback mysteries. How interesting it would have been to talk with that person!

Among the things I buy are old pictures, like the one above, for the frames. When I got home with that one, however, I opened the back and found a note tucked between the layers, in handwriting that echoed that of my older relatives, which said:

I couldn't bring myself to remove the photo after finding that, so I taped the note to the back of the frame and kept it intact. It sits on a shelf just so. A stranger to me; yet I know her name.

I am especially interested in old toys. I don't always buy them, but I like to look at them and wonder about the story behind them. Did they belong to this person's children? Or did they buy them in later years for visiting grandchildren to play with? 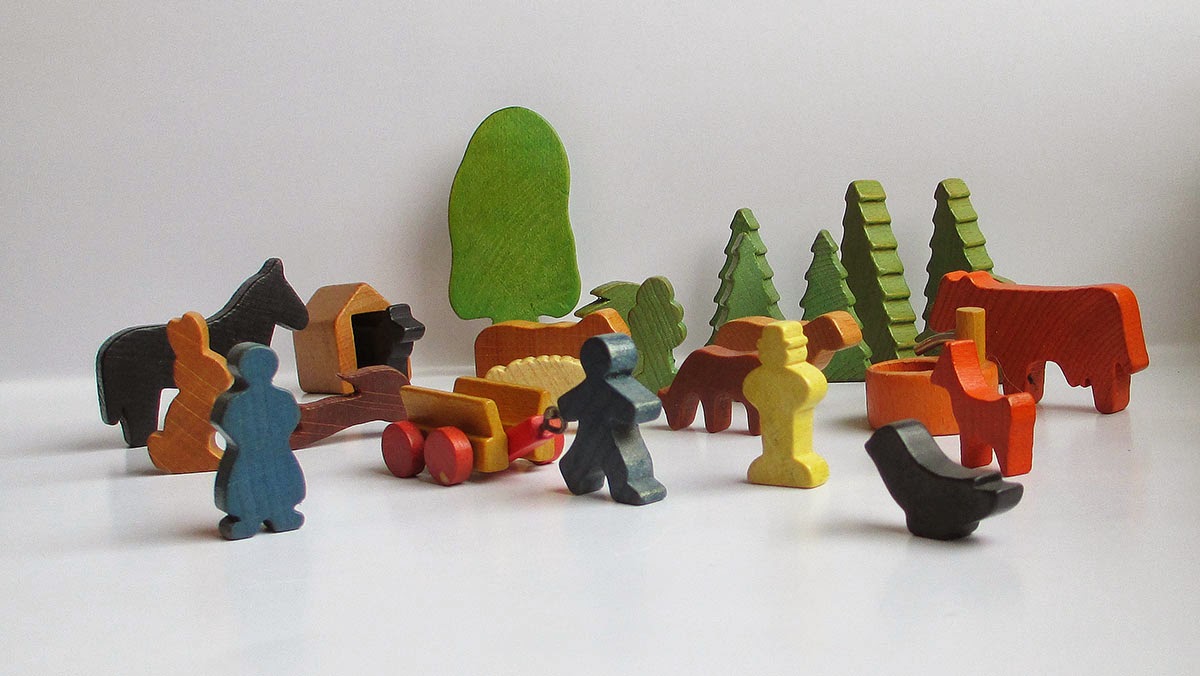 If I can find very small toys to include in the little treasure boxes I assemble and sell in my Etsy shop, all the better. So imagine my delight when I came across a box full of small wooden figures, above, none more than an inch and a half tall, with the trees topping out at maybe 3 inches. The picture shows just a sampling of the contents. One man working at this estate sale was clearly pleased I had selected them, glad that someone else recognized their intrinsic value, and speculated that they must be from Europe, for neither of us had seen any like them before. 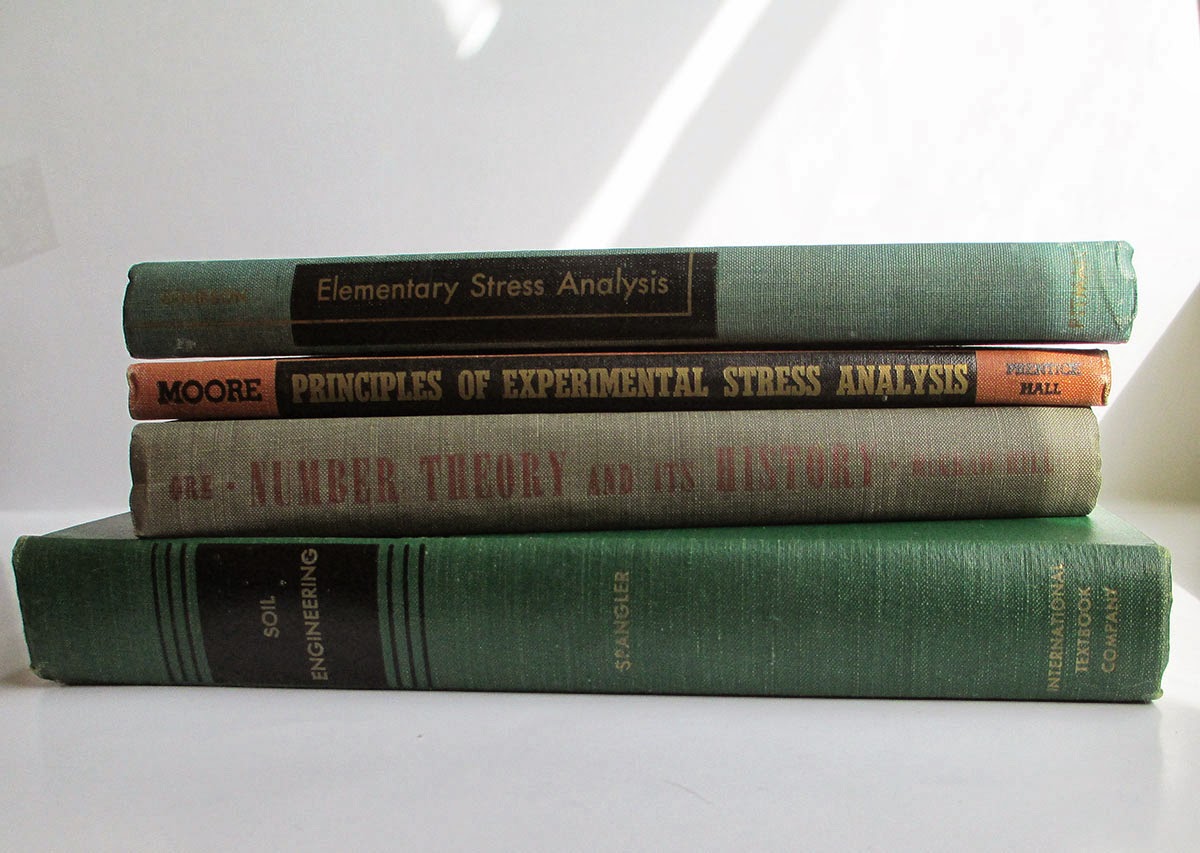 This person's books made it pretty clear that he must have been an engineer of some sort, for many sturdy hardcovers were about engineering topics. I bought two of the books for the content—one on soil engineering (as an organic gardener, I am a bit of a dirt geek) . . .


. . . and another on number theory, which has a wonderful frontispiece. 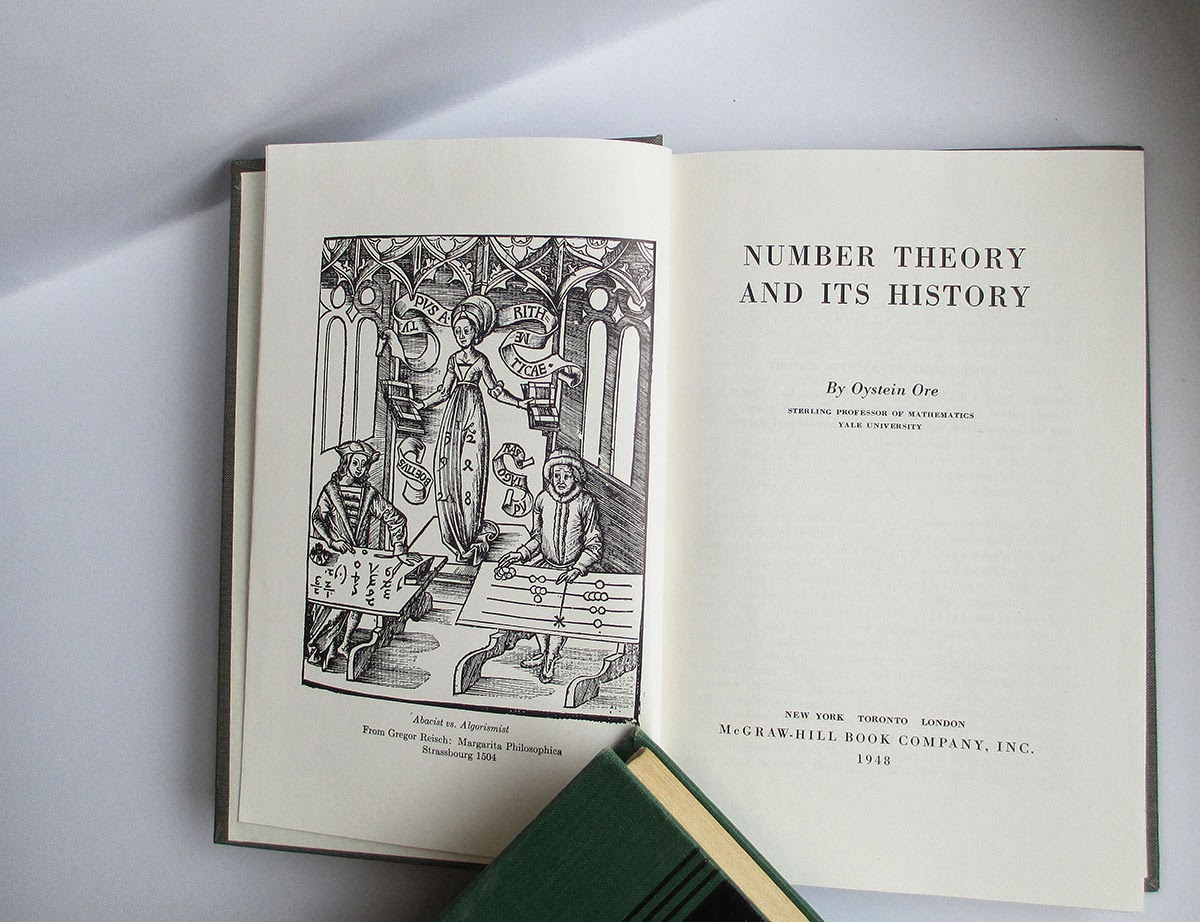 The other two books I bought, quite honestly, for the covers. They're both about stress analysis, and I couldn't help but think they would make terrific journal covers. 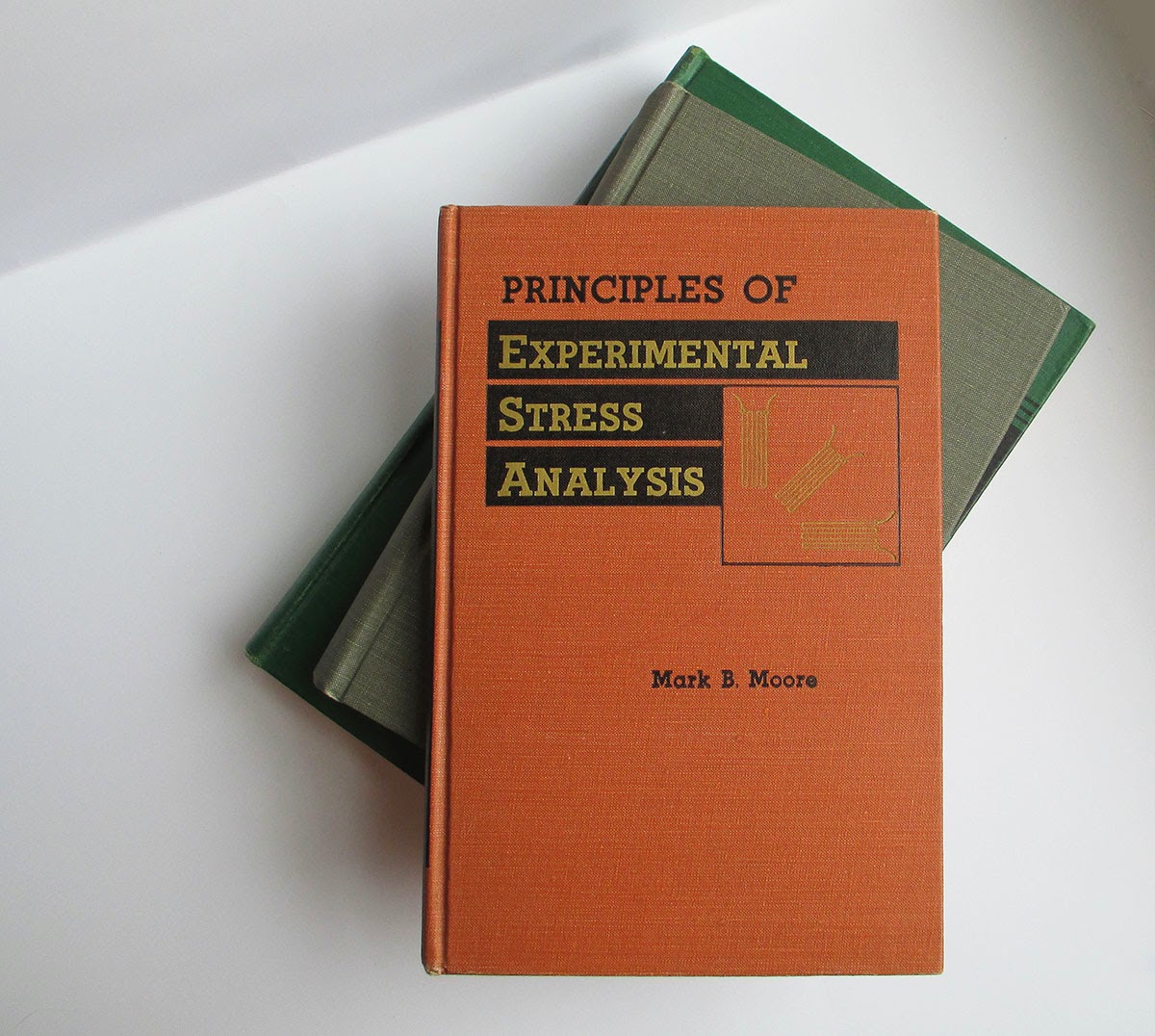 Sometimes, when people learn that I like to go to estate sales, they'll tell me about some shop that sells vintage items, assuming I'll like that just as much. And I do like vintage shops and frequent a few of them in my neighborhood, but they can never replace the experience of visiting estate sales for me.

For while I appreciate the objects for their intrinsic value, they are transformed in meaning by their migration to a different setting, just as they are changed materially when I use them as raw material, such as using book covers to make a journal. Their story changes when they are removed from their original context. And I like the stories as much as the objects themselves, even though I do not know exactly what those stories are.