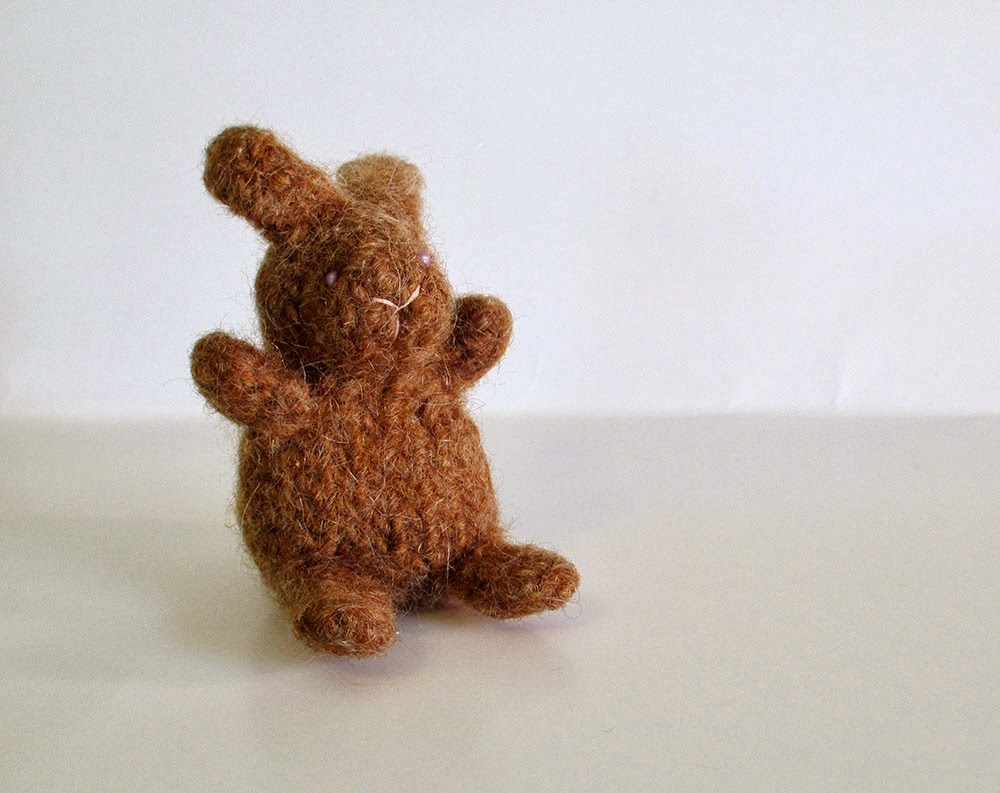 I like to play around with free-form knitting, making small things that I figure out as I go along. I use wool or wool-mohair blends that will felt in the washing machine, a transformative process that continues to fascinate me.

Until recently my smallest projects all ended up as cat toys, because I didn't have any other use in mind, and I was making them for practice, just to figure a few things out.

Lately I've started making little pocket dolls as small as I can make them, with the intent to make some small enough to go in one of my treasure boxes that I call "Stuff! — an amusement kit for kids," which are the size of an Altoids tin. The boxes each contain a random mix of items, both new and old, and each has an original collage on the lid, which I now make digitally, using scans of my drawings and altered photos. Functional art for kids! I sell them in my Etsy shop, and some of these critters are also showing up there.


Usually, when you see little animals this size —and smaller— they are made either with needle felting or crochet. I prefer to knit and then felt in the washing machine, and I don't think I can get my critters as small as some of those made by those other methods because the knitting needles kind of get in the way, especially working in the round as I prefer to do. I also am using worsted weight yarn and size 8 needles because I find that is a good combination when knitting things to be felted after. But they still end up pretty small, as you can see when I put them next to an egg for size reference.

I find it takes about 6 or 7 long agitation cycles, using hot water, a low water level, and enough sturdy garments (jeans and towels, usually) to make everything rub together vigorously to get the felting effect needed. I put the small items I want felted into a lingerie bag so they don't get lost amongst the other items or end up getting sucked into the drain. The mesh bag also captures some of the lint to keep it from clogging the drain, though such tiny items as these don't really produce a lot of lint. 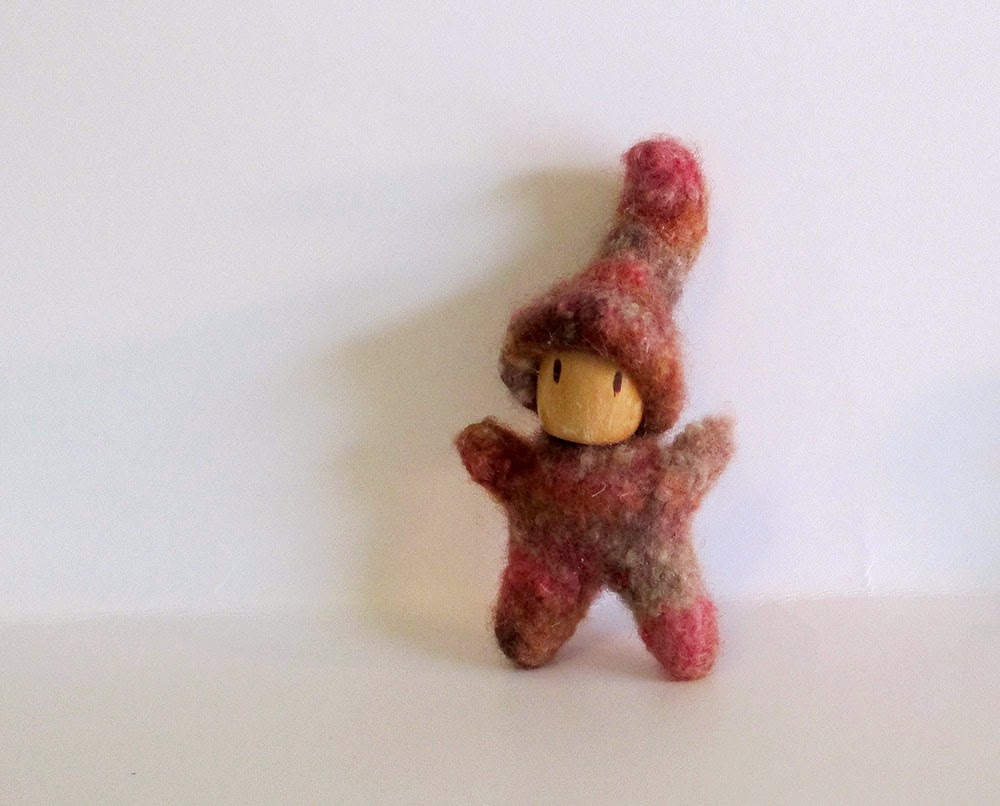 I enjoy making them, because they are small and relatively quick to knit, I can use remnants of yarn left over from other projects, and the process of improvising is much more creative and interesting to me than following a pattern.

I also make adaptations or add embellishments when something doesn't look quite right to me.


For example, I didn't like how the green creature looked with his plain round head; it seemed incomplete, so I added some yarn to make him a redhead. 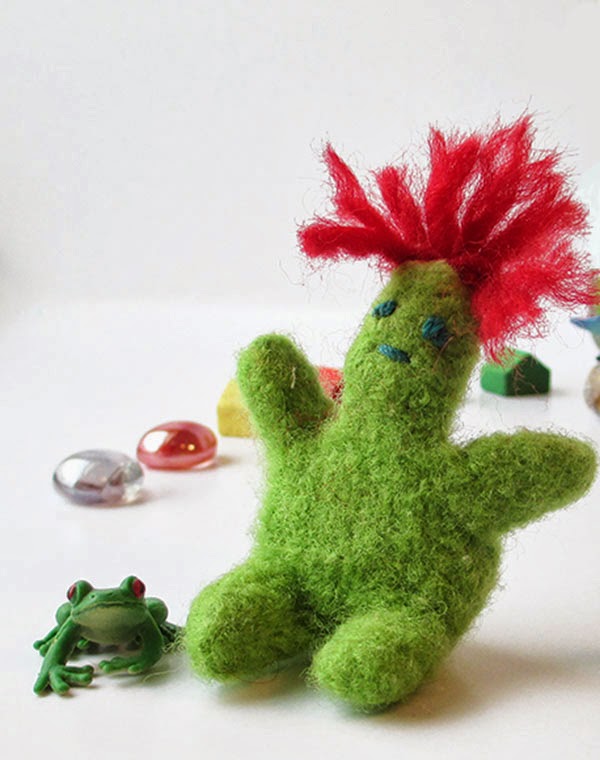 Only this guy and the pink gnome with the wooden bead head turned out small enough to fit in one of the little tins I use for my treasure boxes for kids, which you can find in my Etsy shop.