Maps and Puzzles and Mysteries Found on the Street

I'm something of an anti-magpie: I'm attracted to unshiny objects.

Frequently, when I'm out and about on my bicycle, I'll stop to pick up a rusty scrap of metal on the street. I'm attracted to the red-brown patina of the rust, which I think is a very pleasing color, and the texture and shape of the object, as well as the simple fact that it's made of metal—a remnant of a manmade object derived ultimately from a durable natural material. I guess it holds the same allure for me as ancient ruins. They're like micro urban ruins.

And of course I imagine all sorts of artistic possibilities for these objects to become a part of some mixed media assemblage, which I am designing in my mind even as I circle my bike back and stoop to pick up the rusty old thing that caught my eye as I pedaled past.

I also like the ephemeral nature of discarded paper, especially if it has some intriguing text on it—someone's note or list that hints at a story; a mystery that I'll never solve but that will engage my imagination every time I look at it. 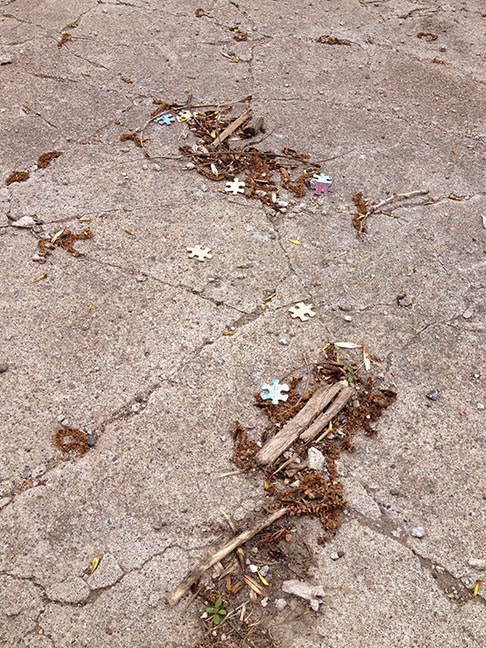 Today I was riding through an alley when I spied scattered puzzle pieces on the pavement. I picked up a few and pocketed them, studying them briefly for the purpose of selecting the ones that appealed to me. Most were blue or blue and green, with some geometric elements, and a few had text.


I was imagining how these would look in a collage or perhaps in combination with some rusted metal—and, indeed, I found a few rusty metal bits nearby as I was collecting the puzzle pieces—while also guessing at what the original puzzle image must have been. 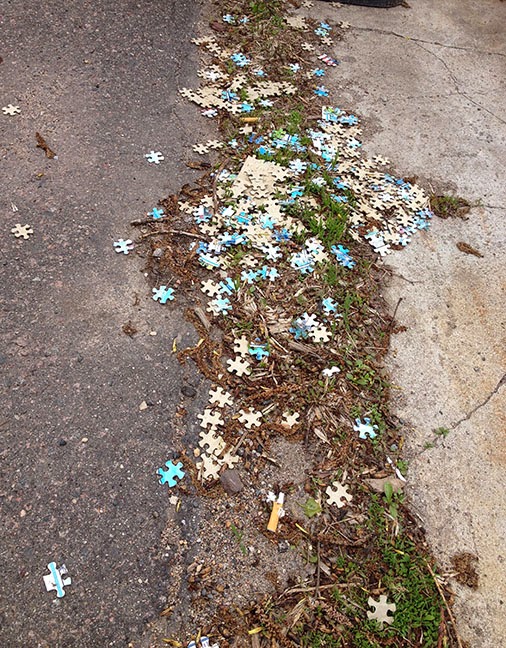 As I found more of the pieces scattered along the alley, and then a rather large cluster, it became pretty clear that it was a map. Especially when I came across the motherlode, with some of the pieces still connected to each other, and right next to someone's trash can. 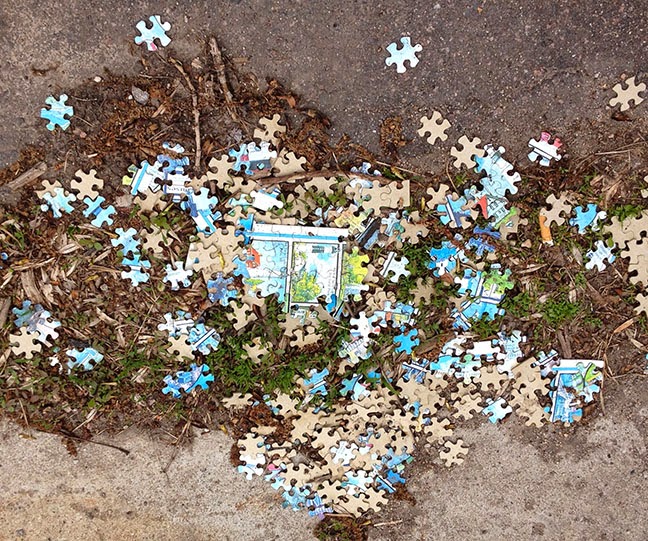 Had someone thrown away the puzzle after assembling it? Or had they almost completed it, only to discover a few pieces missing, and tossed it out in frustration?

I guess it will remain a mystery. But I love both mysteries and puzzles, almost as much as I love rusty old bits of discarded metal. 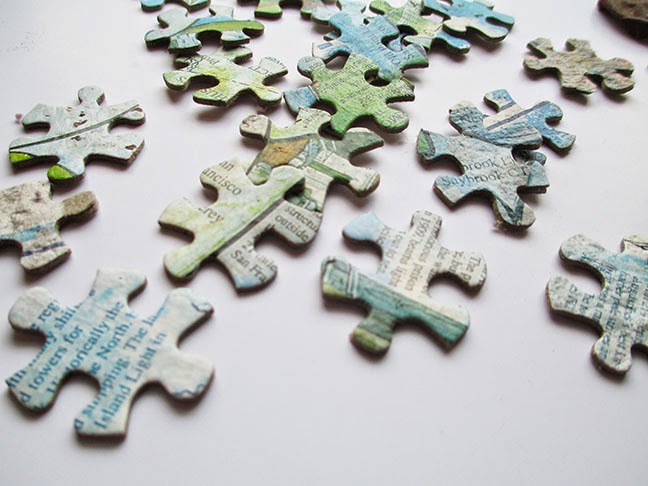