Nostalgia and Other Uses for a Vintage Book of Recipes

An old book called Tea-Room Recipes caught my attention at an estate sale last winter, and when I looked inside and saw that it was published in 1925 and its authors were from Minnesota, I decided I had to have it. 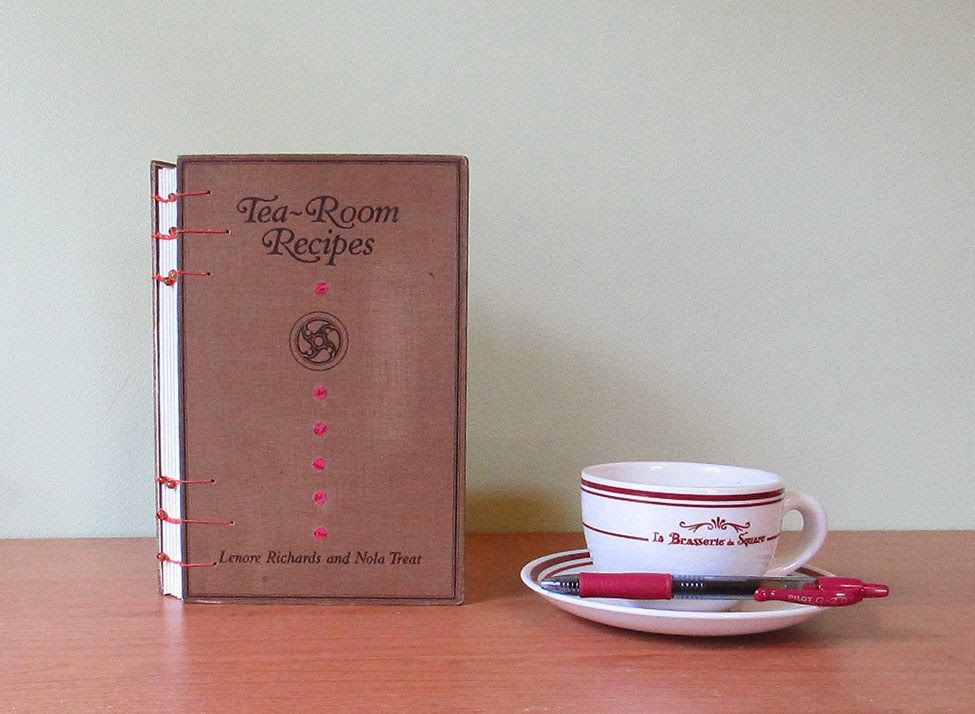 When I got it home and perused the recipes, I decided that the content wasn't for me and proceeded to take it apart to make it into a hand-bound journal with a coptic stitch binding. I added a few embellishments from a tea packet to give it some color, plus my linocut of a teapot, and a snippet from the book's index. 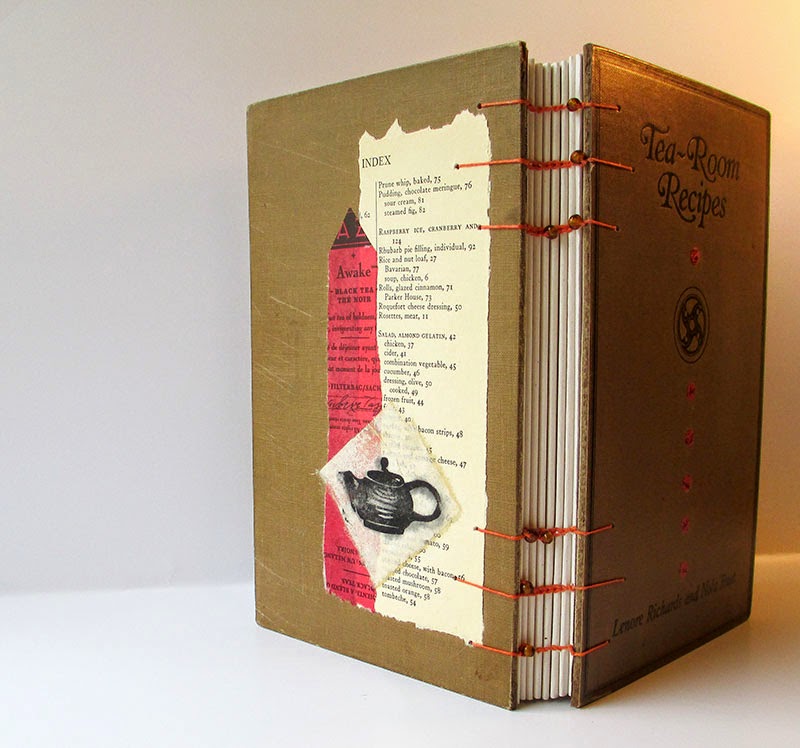 Then I came across a little column in our local paper in which restaurant critic Rick Nelson was asked, "If you could pick one Minneapolis restaurant from the past that you would like to revisit, what would it be?"

And he replied, "It might be Richards Treat. It closed three years before I was born, so I have no firsthand knowledge of the restaurant. ... It was owned by two remarkable women, Lenore Richards and Nola Treat."

I thought those names sounded familiar, so I looked at the book again and realized that they were its authors. The Minnesota Historical Society published an article about the women and their eponymous restaurant in the fall of 2007, and a page of comments offers many fond memories of the once-iconic establishment.

Another website, called Restaurant-ing Through History, shows what a charming place it once was (the building was torn down in the 1950s).

And my mother, a dietitian who studied at the University of Minnesota, remembered the restaurant because it was run by two professors of dietetics from the U of M. But she had never actually eaten there.

Now I wondered if I had been too hasty in taking the book apart.

So I looked at some of the recipes again. 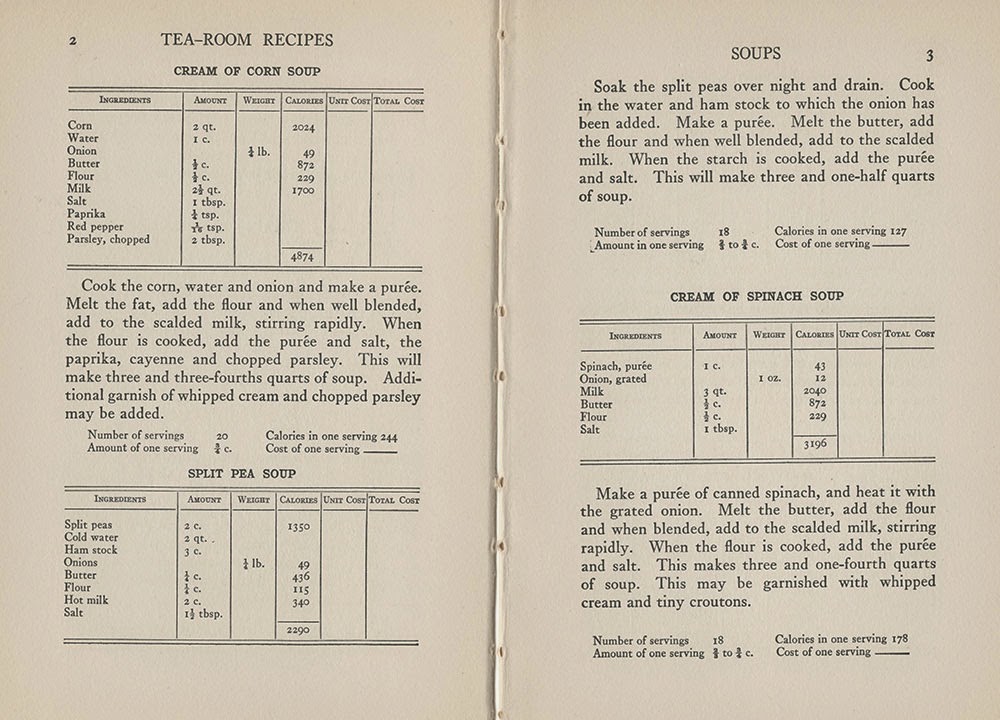 People often wax nostalgic about the way something was in the past, like Grandma's cooking or a long-closed restaurant that had been much loved in its day, and it's easy to forget that the generations preceding us were a little too enamored of what was thought at the time to be the modern thing, like using canned vegetables and puréeing everything to mush. And flour. Lots of flour, whether it makes sense to use it or not.

For example, as you can see in the above spread from the soup chapter of the book (click to get a larger view)—split pea soup that uses only 2 cups of peas for 18 servings and then calls for flour to thicken it, and a cream of spinach soup that starts with a purée of canned spinach.

So, what to do with those pages whose recipes I don't care to use? 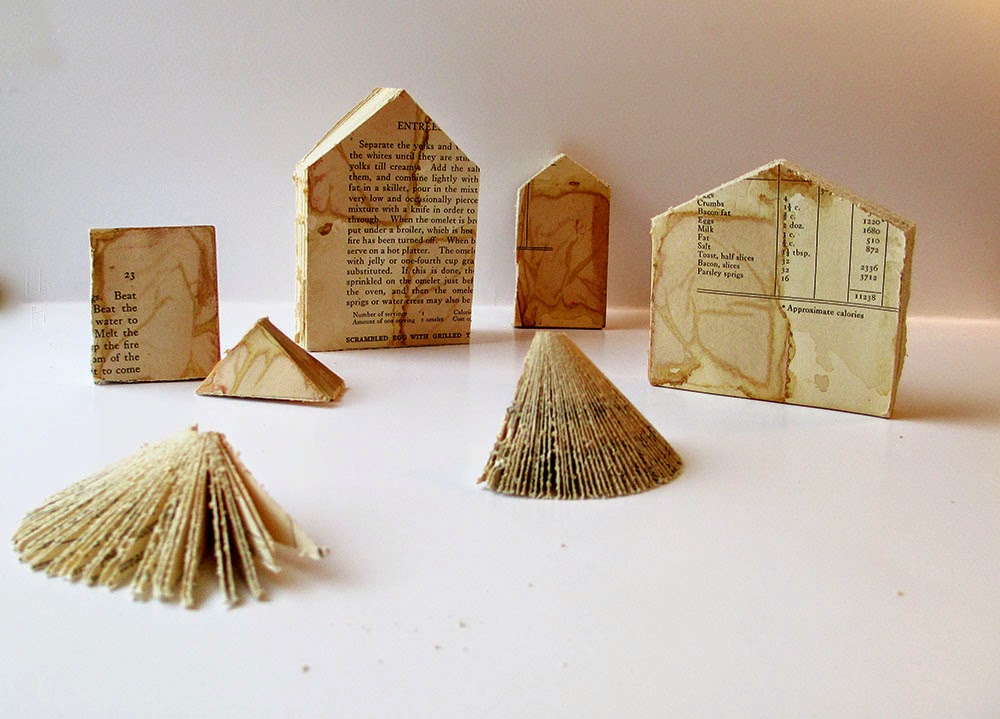 I'm sure I'll think of something.