Happy lunar new year, all you goats and sheep!

I love the lunar new year, aka Chinese new year, not because I actually celebrate it, but because it heralds the coming of spring and features an animal of the year -- or, as is the case this year, two animals!


I discovered this dichotomy by chance after I had been working on drawings of sheep for my 2015 Useful Calendar (which are on sale now, btw), which always features the coming year's Chinese zodiac animal. When I got an inquiry via my Etsy shop from someone wondering if I would be making Year of the Goat greeting cards, I thought I had better do a little more research and so discovered that it can go either way. 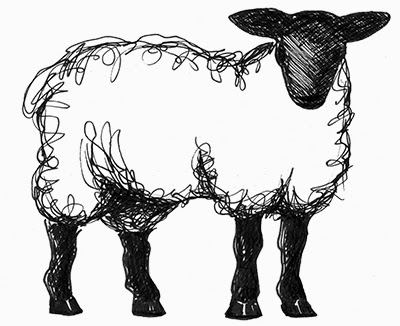 That's because the Chinese word for it, yáng, refers to the group of animals that includes goat and sheep. Wikipedia does a rather nice job of explaining it, so I won't duplicate that here.

My solution? I featured both animals, having a little argument about who should really get the honor. 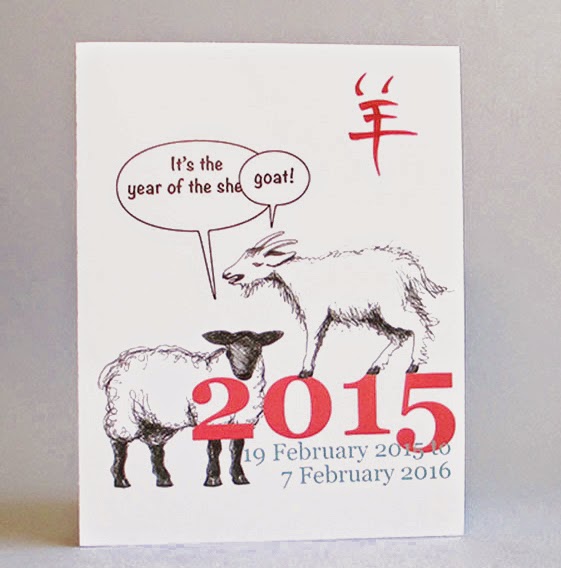 And why do I think the lunar new year heralds the coming of spring, you might ask? Because in China, it's the beginning of the spring festival, which continues until the Lantern Festival, on March 5 this year.

The date of the Chinese/lunar new year is determined as the second new moon after the winter solstice, and by that time, we're about halfway to the spring equinox, and the minutes of daylight have noticeably increased. Yay for that!

Posted by Sharon Parker at 3:28 PM