Recently I became very curious about the word virtuoso.

I've always thought it had only one meaning—a gifted artist, usually a musician. But then I was reading a book about the history of coffeehouses, and in it, the author makes the argument that the reason coffeehouses caught on in 17th century England was because of the English virtuosi. 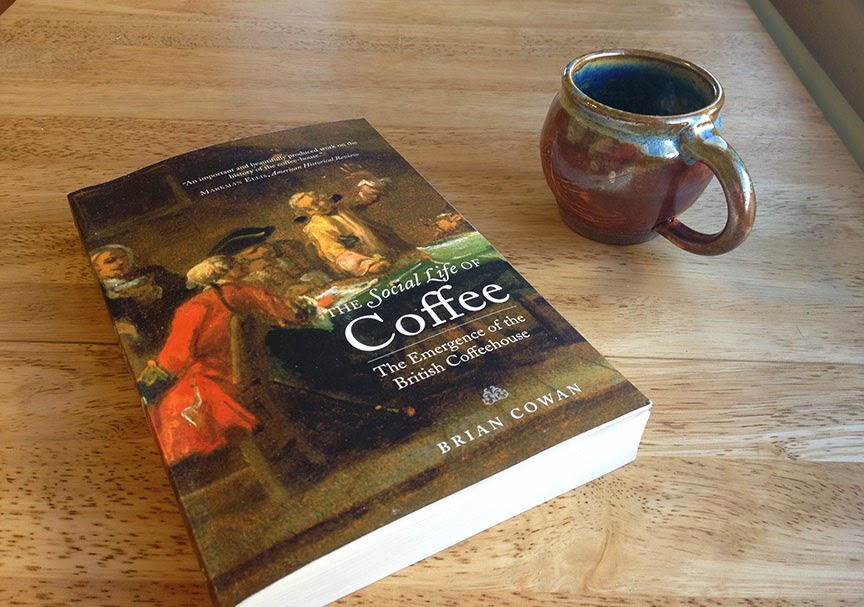 What? I could tell immediately that he wasn't talking about a bunch of really good violinists.

In the introduction to The Social Life of Coffee: The Emergence of the British Coffeehouse, author Brian Cowan, a professor of British history at McGill University in Montreal, Québec, writes:

"The crucial social legitimacy for both the coffee commodity and the coffeehouse was provided by the unique combination of a genteel virtuoso 'culture of curiosity' and a rapidly growing commercial world centered in London. ... Coffee culture began with virtuosity and quickly became an integral part of urban living."

Well. I wondered if that was some obscure meaning only known to scholars of 17th century English history.

As I continued to read the book, I was able to infer a sense of who these virtuosi were: men who liked to dabble in scientific experiments, but were not necessarily scientists themselves; who collected art and antiquities and exotic things and arranged them for display in cabinets of curiosities (a cabinet being, at that time, a small room); and who liked to hang out at coffeehouses to read newspapers, observe demonstrations, and engage in learned discussions, or at least make a pretense of doing so.

Too bad there was no espresso in the 17th century. Imagine what they would have thought of latte art.


So I got to wondering if any of this was in my haphazard collection of dictionaries.

Consider my dad's 1929 dictionary—the entry for virtuoso reads:
"1. one with a special knowledge of, or taste for, objects of art, curios, or the like; a collector; 2. one skilled in the technique of an art, esp. the art of music" (The Winston Simplified Dictionary. The John C. Winston Company, 1929)

I found some variation on that first meaning in seven or eight other dictionaries, dating from 1935 to the 1960s, with some adding a third meaning that included an interest in science. But notice this 1964 entry, which includes the science bit, but labels it obsolete:

And then there's this simple, single meaning offered in a 1992 dictionary that I would not consider to be more abridged than the others (judging by its size):

"Someone very highly skilled in the technique of a fine art, esp. in the playing of a musical instrument" (New Webster's Dictionary and Thesaurus. Lexicon Publications, 1992)
And that made me think that perhaps the sense of the word as meaning a science dabbler and art collector, etc., had fallen out of use by the 1990s. Until I looked up virtuoso in an online dictionary,  which included the older definitions once again, even while labeling one of them obsolete.
Which leads me to a hypothesis: Perhaps the older meaning of virtuoso is making a comeback because of the renewed interest in the quirky obsessions of those virtuosi, with their cabinets of curiosities and their fascination with antiquities and art objects, as well as the aesthetically similar iconography of steampunk.
And coffeehouses. Which are almost as popular today as they were in 17th century London.