Everything looks better with a little snow on it

Even a much-neglected garden takes on new charm when graced with a coating of snow. 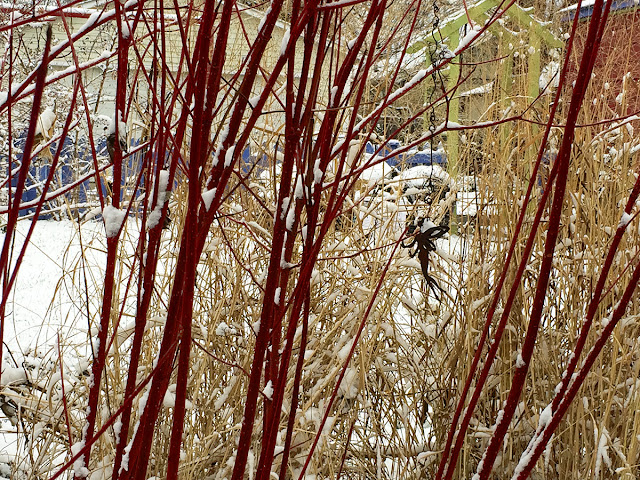 Like the red-twigged dogwood, which was made for this time of year. I love how the switchgrass, behind it, looks in winter too. I have seen juncos when there was lots of snow, hopping up to peck at those grass seeds, shaking many of them free in the process, and then eating them off of the surface of the snow.

I've also seen chickadees eating the seeds from old-fashioned garden phlox, which I never would have thought of as a wildlife-friendly plant. 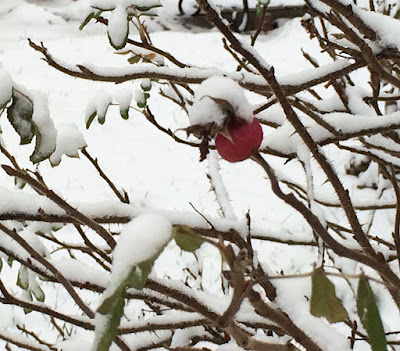 Here's my one lone rose hip. A few had formed, but I only spotted one now. 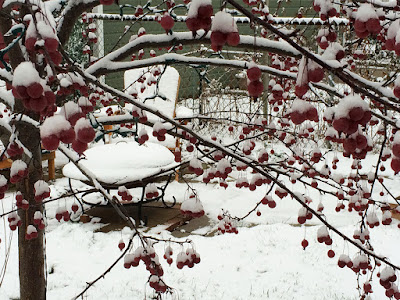 And the crabapples, which will dwindle over the winter, as they feed the squirrels and robins and even, if we're lucky again this year, a flock of cedar waxwings.

I planted the dogwood in part so that I could gather my own twigs for decorative displays, and it is now plentiful enough to need pruning in the fall anyway. The crabapple also needs pruning, so I combined cuttings from those, plus a few sprigs of juniper and some black-eyed Susan, and took advantage of the recent thaw to push them into the two urns in the front. I wrapped the still-green ivy and other trailing plants around the bottom. I don't know how those will look when it gets cold enough to finish them off, but for now, anyway, I like it. 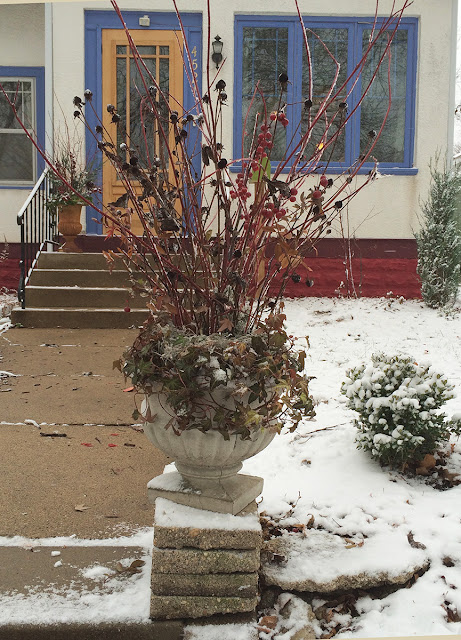 I also took the extra chance that Mother Nature gave me to get my 40 tulips and 40 daffodils all planted. With a generous mulch of leaves to cover them, they should be able to get in a little root growth before the ground freezes. Even more to look forward to in the spring! 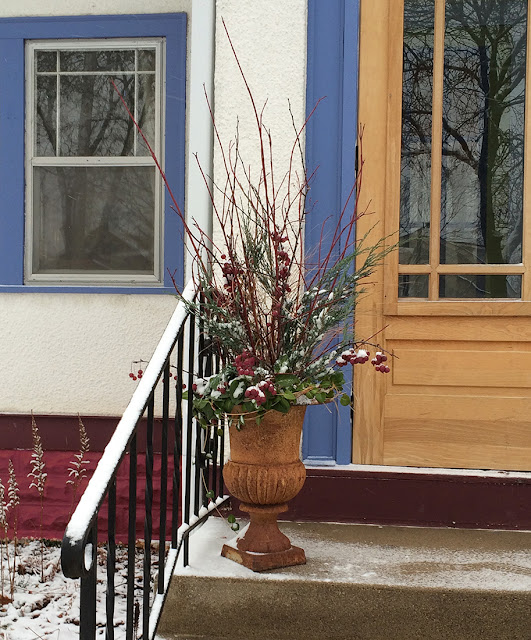 Posted by Sharon Parker at 3:57 PM No comments: