How an old book becomes a new journal — with shiny beads, even

This fabulous old book, a children's reader published in 1929 (the year my mother was born!), had not only a fabulous cover, but also lavishly illustrated end papers. In order to preserve the original end papers while making it into a journal, I chose to do this one as a coptic stitch. 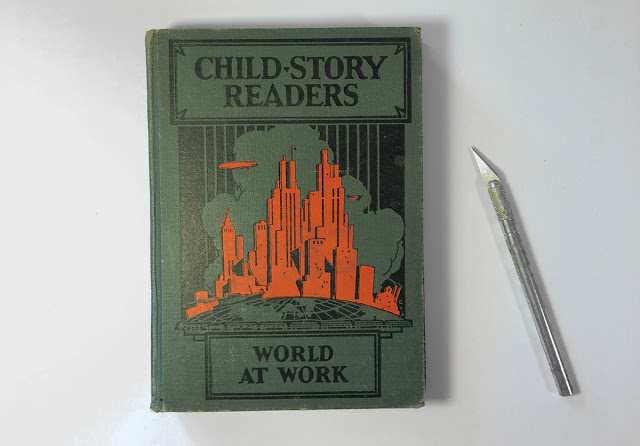 First I cut the covers from the spine and text block (the pages inside). 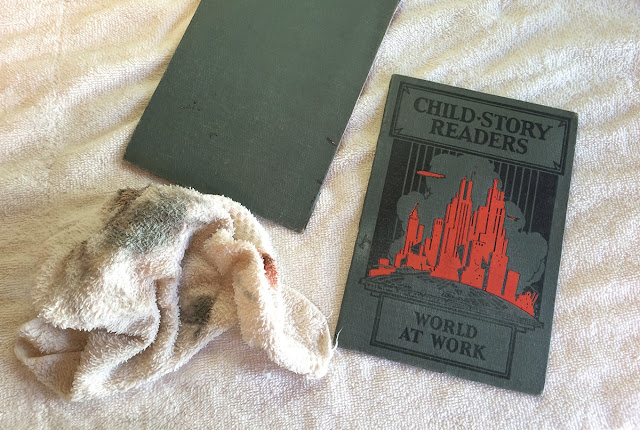 Then I cleaned the covers with a little bit of Murphy's oil soap. I have to be careful to not rub too hard  because anything I use, even plain water, will also remove some of the dye in the original book cloth (I don't know why that is so, but I've experienced it a few times now.) You may notice that near the spine edge on the lower front, there's a little faded area around a stain I was attempting to remove. 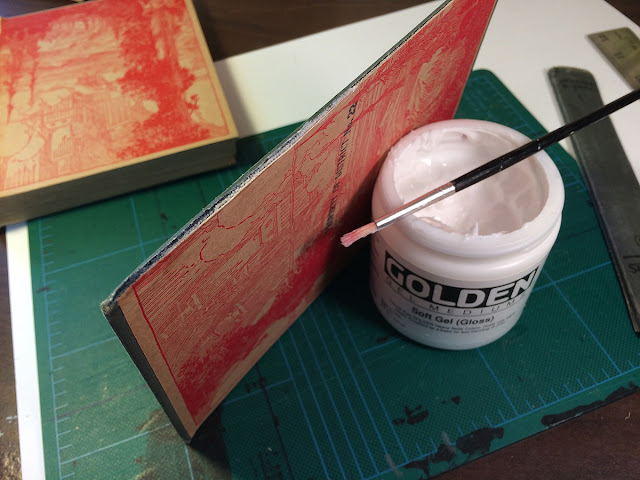 After trimming the edges of the cover boards to make them as smooth as possible, I sealed the cut edge with a clear acrylic called Gel Medium. This will keep moisture out so the book covers don't warp, and it gives it more of a finish, rather than leaving a raw edge here.

You also get a glimpse of the end papers above, and a better look at the verso (left) side below. It's a classic illustration that spans two pages, so there was a facing page that was the same as the one on the back cover, which I used to make a bookmark.

The front image brings to mind the Emerald City, only this is more like a carnelian city (not quite ruby, or I'd have attempted a lame joke about emerald slippers). It's an idealized modern city rising out of the clouds or the prairie mist or something, with a couple of stereotyped Native Americans looking on, maybe thinking "Holy shit!" Hey, this was published in 1929, remember. 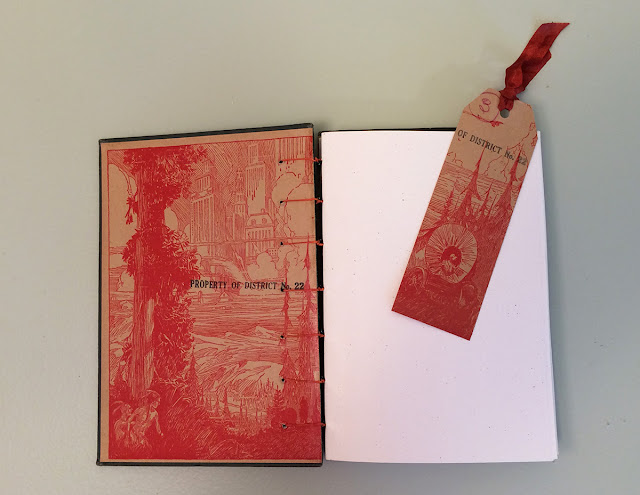 To assemble the journal using a coptic stitch, I poked holes in both covers as well as in each signature, and then, using a heavy waxed linen thread, sewed covers to signatures with a chain stitch, starting by sewing the first (last, really) signature to the back cover and working my way forward (and didn't think to take more photos of the work in progress, sorry). 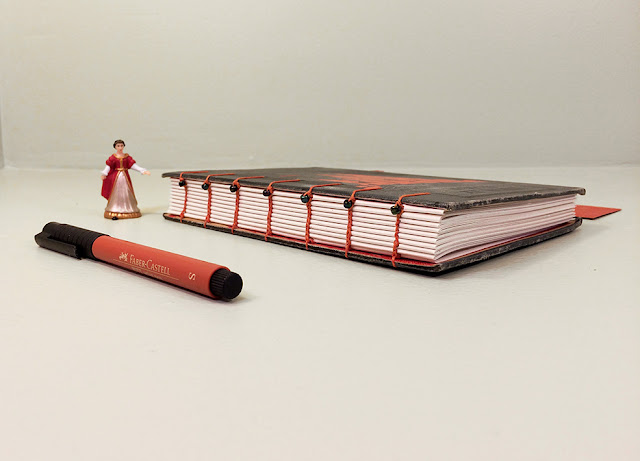 I added greenish-black glass beads when I got to the last (first) signature and front cover, unthreading the needle for each one. They don't look too shiny in this photo, so you'll just have to take my word for it. (The little figurine is being the Vanna White for the journal's photo shoot here.) 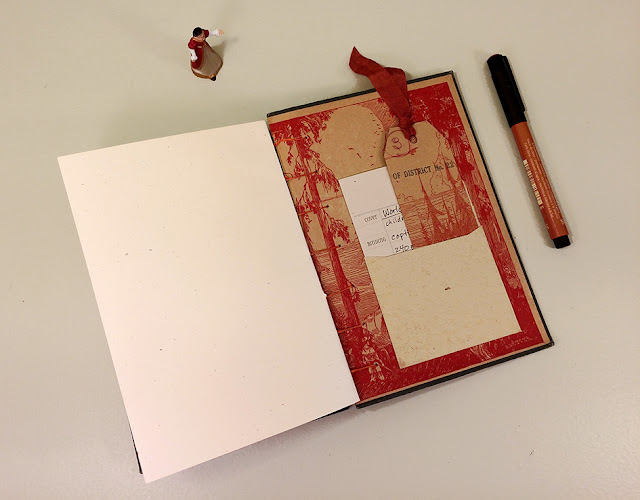 I also made my own "library card" with a little information about the journal, and put that in the pocket as well.

This journal is about 5" x 7" and has 240 pages of 70lb recycled paper. That's a bit heavier than what you would get in a factory made journal; you can definitely write and draw on both sides of this paper, in ink even.
Journals like this one, and other unique journals and notebooks are for sale in my Etsy shop.

Posted by Sharon Parker at 9:04 PM