The joys of open-ended play

When our son and daughter entered their teens, it appeared they had outgrown their Legos, so we donated them. Not long after, our son showed an interest in playing with the little plastic bricks again and I regretted having gotten rid of them, so we decided to get him a box of new ones for Christmas.

We went to the Lego store at Mall of America, which was something of an ordeal for me because I hate shopping malls. Still, we figured that was the place to find the best selection of Legos and to get a nice large assortment. What we found instead were a lot of "kits" designed to make only certain things, but not one (NOT ONE!) box of just plain Legos for making anything he wanted.

I was disappointed — I had just endured the biggest shopping mall in the country only to come away empty-handed. 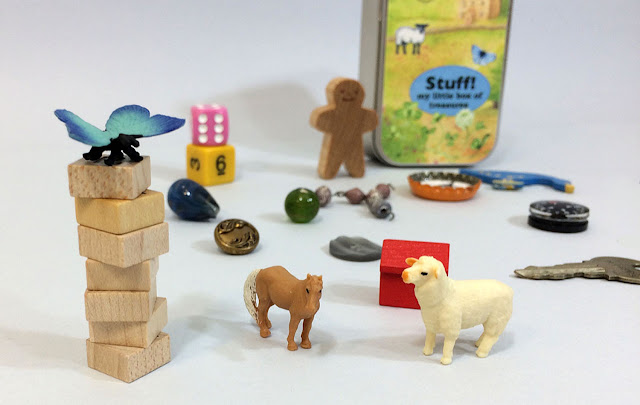 I didn't know there was a term for what I was looking for, and what Legos used to be: open-ended toys, like wooden blocks, generic dolls, and all the random stuff that kids naturally gravitate to — rocks and sticks and other low-tech things like Mom's button box.

Open-ended, or unstructured play is when children invent their own storylines and rules, set their own goals, create their own structures and characters. It's the opposite of licensed character dolls from movies and shows, or kits for assembling a specific thing. 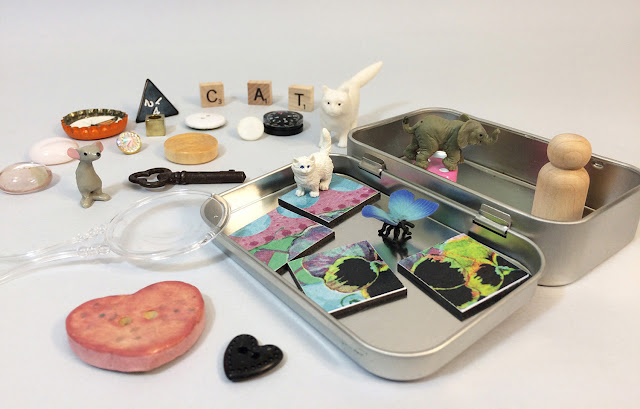 And it's so necessary for the health and well-being of children, some doctors are "prescribing" unstructured playtime, which is kind of an ironic concept, isn't it?

The American Academy of Pediatrics even released a report in August stressing the importance of open-ended play to develop flexible brains that can engage in creative problem solving and inventiveness to become well-rounded, successful adults.

So if you're looking for a good excuse to avoid the mall and to not hunt down the hottest "it" toy for your child, there you have it. How about a good set of handmade wooden blocks from an independent crafter on Etsy?

You can even search the phrase open ended toys on Etsy and get some really inspired results.

Or visit an independent shop that sells consignment items from local crafters. That can be a fun exploration for you as well as have the potential to yield something unique that really engages your child.

Or just get out your button box and let your child rummage through it.

It's the sort of thing I had in mind when I started putting together little collections of random stuff in little tin boxes to sell in my Etsy shop, some of which illustrate this essay. 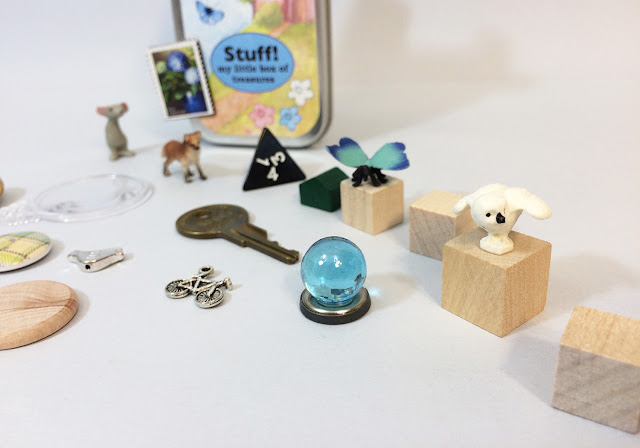 Posted by Sharon Parker at 3:05 PM No comments: Links to this post