About Sharon's Compendium and the Useful Calendar 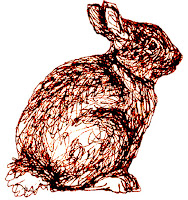 It started with the Useful Calendar. I made the first one for 2006—it was a promotional giveaway for readers of the Minneapolis Observer, a monthly newspaper published by my husband and me. I had seen promotional calendars from other businesses, and ones that we could purchase and brand with our logo, and felt that they were neither informative, convenient, nor pleasing enough to reflect our brand.
So I designed one myself to fit on a letter-size sheet and printed it on cardstock so it could be posted in a convenient spot for at-a-glance reference. I included major holidays from several religions, and a few local events that I thought affected planning because they attracted large numbers.
I wanted to communicate that it was different from all those other calendars, and I was inspired by a Winnie-the-Pooh story in which the eponymous bear was going to give a pot of honey to Eeyore for a birthday present, but ended up eating all the honey, so he called it a useful pot. And so: the Useful Calendar.
I started this blog that same year, and to reflect my eclectic and wide-ranging interests, I called it Sharon’s Compendium.
The Minneapolis Observer went out of business soon after, and for a few years we published a kind of  literary zine we dubbed the Minneapolis Observer Quarterly, or MOQ. I kept making the calendar for our readers and giving it away at the Twin Cities Book Festival each October. While the production of those publications was done by our friend, co-conspirator, and design pro, Marsha Micek, I took on the calendar as my own project, learning a little bit of rudimentary graphic design, and mostly winging it. The way I was creating the calendar was a bit cumbersome, but I didn’t want to invest the time and effort to learn a better way.
MOQ published its last issue in 2010, by which time I had opened an Etsy shop and named it Arty Didact, intending it to be a clever play on autodidact (a self-taught person), except I kept having to explain it, so I eventually changed the name to match my blog. I came out with a new format for the calendar as a set of cards in a sleeve, and a larger version of the one-page calendar, from letter size (8-1/2 x 11) to tabloid (11 x 17), and started selling it on Etsy, along with assorted other items.
In September of 2012 my computer was stolen and with it all my files. I had to re-create the calendar from scratch, and Marsha stepped in to help me set it up properly, instead of the ad hoc way I had been doing it. In the process, I learned enough InDesign skills to make my own zines and booklets, which I’ve been doing since.
The first Useful Calendar featuring the Chinese zodiac animal was 2011: Year of the Rabbit, for which I drew the sitting bunny above, which I have since used as my logo. All the rest came after that. That’s why the Useful Calendar and the bunny are the brand.
If you'd like to know more of the story behind the Useful Calendar and its evolution, start with this blog post.