What were they thinking?

The previous owners of our house, Harry and Julia, had a thing for placing bricks in the ground.

Not those solid landscaping bricks that can make very charming edging, patios, and pathways -- regular building bricks with holes in them. 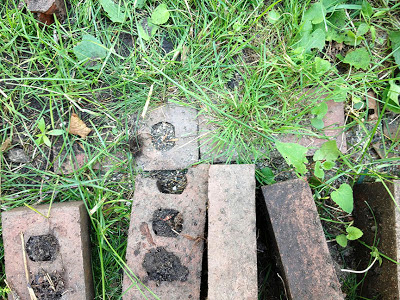 Nor did they submerge them on their sides to hide the holes; they placed them so that the holes were facing up.

So, naturally, plants planted themselves in the holes. Like grass, weeds, and these ferns. 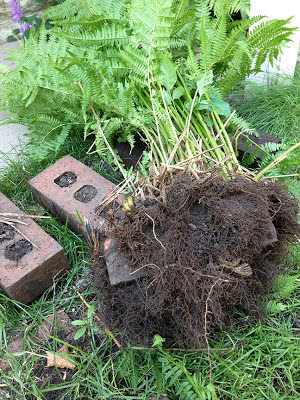 Along the north side of the garage, which is one of the first areas that we completely relandscaped, they not only placed dozens of these bricks, but then they planted hostas all in a row alongside the bricks, which, when placed on top of the ground with their holes exposed, make really excellent slug habitat. The bricks were not only full of slugs, but you can probably imagine what the hostas looked like.

I can't help but wonder, what were they thinking? 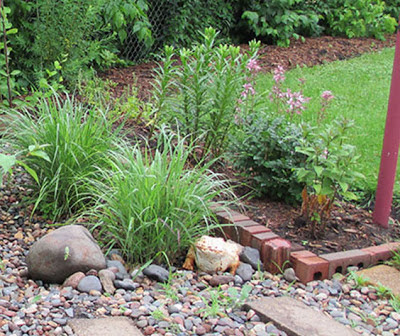 We've been repurposing the bricks in various ways, such as defining the edge between the rain garden and a perennial border. Even though the holes are partially exposed here, we haven't had any slugs move in, probably because there are no hostas to feast on, and the slimy little critters would have to crawl across the open rocks to get to the holes, and we have a whole family of hungry robins hanging out, just waiting for them to do that. 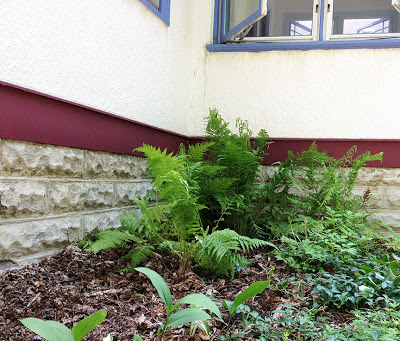 Lately I've been digging out a row of ferns on the north side of the house and replanting them in a shady garden bed in the front, where they should form a pretty backdrop and obscure the plain gray concrete foundation blocks. 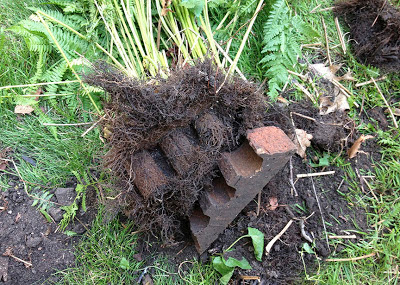 In other instances, the bricks are already cracked and easily split apart, leaving an ogee-like impression of root mass. 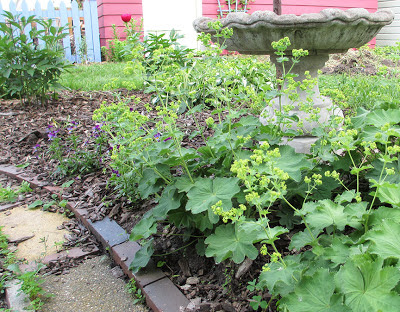 We're reusing the bricks in various places around the yard, laying them in the ground sideways on a base of sand, with the holes (mostly) submerged, in combination with salvaged patio blocks and chunks of concrete. And when we run out of found bricks, I will probably go out and buy some more in order to edge more of the gardens with them, because I have a thing for bricks, too.

But I'm going to get the kind without holes.